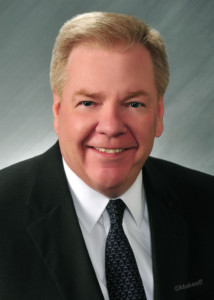 Sullivan & Ward, P.C. is pleased to announce that the Honorable Michael J. Streit has joined the firm, after serving for over 27 years on the bench in Iowa District Court, the Iowa Court of Appeals and the Iowa Supreme Court. Former Justice Streit will dedicate his full time practice to mediation, arbitration, litigation, ethics, contracts, fair courts, and judicial independence. He received the John F. Kennedy Profiles in Courage Award for his role in the Iowa Supreme Court decision recognizing marriage equality. Join us in welcoming Former Justice Streit to the firm.

Born in Sheldon, Iowa, he received his bachelor’s degree from the University of Iowa in 1972.  In 1975, he graduated from the University of San Diego School of Law, where he served on the law review and as editor-in-chief of the monthly law journal.  He then practiced law in Chariton, Iowa until 1983, where he served farmers, businessmen and everyday Iowans. He also served as Assistant Lucas County Attorney and Lucas County Attorney before being appointed as a district court judge in 1983, where he served in all 16 counties of the Fifth Judicial District. He presided over cases dealing with crime, families, business, farm debt, juveniles and probate.

Former Justice Streit was appointed to the Iowa Court of Appeals in 1996 by Governor Terry Branstad. In the five years on the Court of Appeals, he wrote over 600 decisions.

Former Justice Streit was appointed to the Iowa Supreme Court in 2001 by Governor Thomas Vilsack and served through 2010. While serving on the Supreme Court, Former Justice Streit authored over 170 opinions. He served as Chair of the Rules Committee, and on the Bar Admissions and Administrative Committees. He enjoyed serving as liaison to the Fifth, Seventh and Eighth Judicial Districts.

Former Justice Streit, as a member of the Blackstone Inn of Court, served for two months in the British courts in London, Oxford and Birmingham. As part of the experience he sat both on the bench with judges and with the barristers in court. “I don’t look good in the traditional British wig,” commented Former Justice Streit. He has met with and taught groups of lawyers and judges from Bosnia, Moldova, Russia, Ukraine, Germany, China, Turkey, Romania, Hungary, and students from over 30 countries.

Speaking and interacting with people has been extremely important to Former Justice Streit since he began his career as a lawyer, and then 28 years as an Iowa District Court Judge, Iowa Court of Appeals  Justice and Iowa Supreme Court Justice. Nothing gave him more pleasure than the many classes of young students who visited the courtroom to learn about the judicial system, as he shared stories while making it fun for them to learn. He continually enjoys presenting to a diversity of groups from law school students to attorneys, from Rotary Clubs to trade associations, and many more. He has also taught Iowa contract law in the bar review school for new lawyers taking the bar exam for 15 years.

He received the Distinguished Alumni Award from the University of San Diego for his service to the profession and the Iowa courts. He has served on a wide range of boards and committees, including the Board of Counselors of Drake Law School, and began the Iowa Judicial Institute in 1992. The Institute provides in-depth educational opportunities for Iowa judges at the Drake and Iowa Law Schools each year seeking to improve the professionalism and knowledge of judges as they serve Iowa citizens.