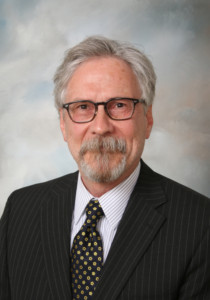 Mr. Landa was a shareholder of the Sullivan & Ward Professional Corporation until retiring effective January 6th of 2021. Mr. Landa graduated from Drake University Law School in 1980. Mr. Landa practiced primarily in the areas of environmental and worker safety law. Prior to his association with the firm, from May 1980 to October 1981 he was a staff attorney with Legal Aid of North Dakota and from October 1981 to November 1982 he was staff attorney for the Iowa Bureau of Labor principally as an OSHA prosecutor.  In addition to his work as an OSHA prosecutor, he litigated wage and hour cases for the Bureau.  Mr. Landa has twenty-five years of experience practicing environmental law in Iowa. From November 1982 to February 1992, he was a staff attorney with the Iowa Department of Natural Resources, practicing exclusively in the area of environmental law; primarily in the air quality, hazardous and solid waste, underground storage tanks, Superfund, and water quality program areas.

Since 1992 Mr. Landa has directed the activities of the Regulatory Compliance Group which was established by a consortium of Iowa’s rural electric generation and transmission and distribution cooperatives to meet their collective environmental, safety, transportation, emergency response, storm recovery under the FEMA Public Assistance program and hazard mitigation grant program regulatory needs. In that capacity he has served on numerous state environmental review committees and Task Forces including the Governor’s Air Toxics Task Force in 2000-2001 and he is currently the Iowa “in state consultant” for the publication, Brownfields Law and Practice, published by Matthew Bender.

From 1999 to 2002 Mr. Landa was the principal legal counsel for two G & T’s during the construction of an RUS-financed simple cycle gas-fired combustion turbine generator system which was built on the site of an existing coal-fired power plant. In addition to the electric cooperatives, Mr. Landa also represents a diverse clientele including companies and individuals in the mining, mineral processing, land development, agricultural processing, and publishing industries, and he represents numerous governmental bodies on matters of environmental and regulatory compliance, including sanitary landfills, airports and the Greenfield Plaza Sanitary District.

In addition to his experience in environmental and worker safety law, Mr. Landa advises clients on employment related matters including hiring, disciplinary and termination practices and drug and alcohol testing in compliance with state and federal laws.  He has participated and performed investigations related to wrongful conduct by employees in the workplace.

He is a member of the Iowa State (past member of the Environmental & Natural Resources Law Section Council), and Polk County Bar Associations. He was born in Ely, Minnesota.